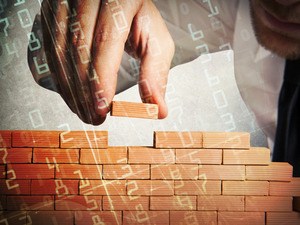 Technological progress has merely provided us with more efficient means for going backwards”.

Advances in technology have enhanced our lives in a number of ways. From MRI machines that can peer inside our bodies to hybrid cars that reduce pollution to smartphones with GPS, cameras and the entire Internet in the palm of our hands, there is hardly an aspect of our lives that has not been improved by technology.

However, as the author of Brave New World points out, there is a down side to the advance of technology. His novel describes an anti-utopian world, 600 years in the future, where all human relationships have been eliminated and humanity is divided into rigid castes to facilitate government control. 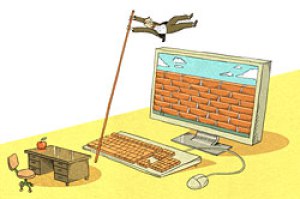 While I doubt his vision will become reality, there are people who do use technology to create a barrier between themselves and the rest of society. They seem to avoid physical interactions at all costs and insist on communicating primarily via electronic means.

In this article, I’m going to go through some ways to handle a boss or co-worker who has created a “virtual wall”, or if you think you may have, as well as the values of more personal communication and how to stimulate it.

A survey by a digital marketing group in Britain found that up to 16 percent of the population can be defined as ‘technology-obsessed’ and prefer to communicate mainly via text, emails or video chat and eschew physical contact with others.

These individuals, who are also referred to as ‘digitally-dominant’, can regularly go for periods up to 48 hours without interacting with another human being.

This technology “wall” seems to be found more and more often in the business world where communication is regularly funneled through technology that you may not even remember what some of your co-workers look or sound like. While it mostly makes our lives easier, there comes a point where technology just gets in the way — not only in our personal relationships but also in our professional ones.

Many people have found a way to create a “virtual wall” to avoid interacting with others and although it may make them more comfortable, it can actually decrease efficiency and the ability to communicate exactly what they want. 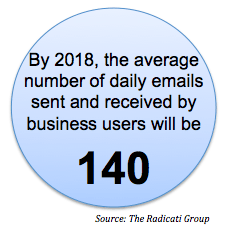 That is a lot of virtual communication in the workplace!

If your boss only sends out emails rather than initiating face-to-face meetings, understanding instructions can become increasingly difficult.  When talking to someone directly you can quickly tell if they are misinterpreting you and work with them to find an explanation they understand.  But electronic instructions can be worded ambiguously and acted on in an unintended manner.  A task that requires five or six emails back and forth to accomplish can be replaced with a two-minute phone call.

Multiply this times the number of people in your office and the increase in efficiency from in-person interaction could be tremendous.

If your co-worker insists on using instant messenger to discuss project status rather than stopping by your office to talk about it, collaboration can become more of a chore. You could have a harder time understanding each other, and it will probably take much more time to get things done. The best way to get around “virtual walls” built by others is by initiating face-to-face conversations or phone calls. Stop by their office to ask a question if it’s on the way to the copy machine, or reply to an email with a phone call instead.

As a consultant, much of my networking is done through technology. However, I also make a point of talking to people in-person, not just because it’s more productive but its also more memorable. People are more likely to remember an engaging face-to-face conversation than someone a short email.

Not everything needs to be done in person and lots of small tasks and instructions can be relayed over email. But if you are trying to complete a large, important task or make a lasting impression, a short, personal conversation will do you much more good.

If you think you may have built a “virtual wall” around yourself, there is an array of things you can do to dissemble it. While it can seem a little awkward to drop by someone’s office, the truth is it really isn’t and people do it all the time. Before sending an email, ask yourself, “Could this be accomplished more efficiently in a phone call?” Not only will more things get done, but also as humans we thrive on interpersonal contact. A lot of time is spent at work and it can be grueling: but the more you share the experience the happier you’ll be.

They Are Afraid of Confrontations

When people work in closely with others, it is inevitable that disagreements will arise.  Certain people are magnets for conflict and seem to bump heads with everyone in the office.  While others are more easy going and never seem to have issues with anyone. 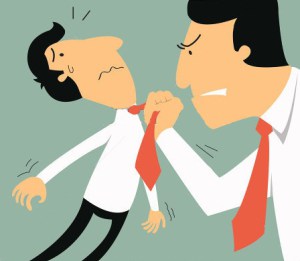 “People are often uncomfortable with face-to-face confrontation,” according a recent article in Psychology Today magazine, so they have turned to using “electronic media to make confrontation easier.”

Precisely because electronic media transmit emotion so poorly compared to in-person interaction, many view it as the perfect way to send difficult

messages: it blocks us from registering the negative emotional responses such messages engender, which provides us the illusion we’re not really doing harm.

What this means is that these difficult messages are not being delivered with the same amount of empathy as they would if the communication occurred in person.  Confusion is a common outcome when criticism is delivered electronically since unspoken, visual cues are missing.

They Are Just Unhappy

The Conference Board, a New York-based nonprofit research group, has surveyed employees’ job satisfaction every year since 1987.

Not liking what you do is driving factor behind people being unhappy in the office.  A recent Gallup poll found that 87% of workers felt disengaged from their jobs.  They have lost (or never had) a sense of passion for their work or felt a connection to their employers. 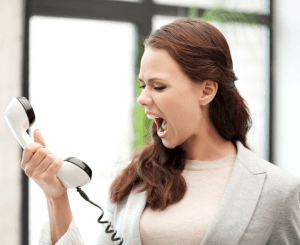 Essentially, the more you interact with the people at your workplace, the happier you will be.

It may seem overly simplistic to assume that a few short conversations with your manager or co-workers a week and some phone calls can make a huge difference, but it does add up. Talking, actually talking, to people will become habitual, and in effect you’ll become closer with the people around you.

This will, in turn, make you more comfortable in talking to them and foster further interpersonal contact. Even the smallest boost in productivity or happiness is worth it, and personal contact is an easy way to do both. Technology is great!  But, as Mr. Huxley pointed out, if we let it take over our lives it will move us backwards — by making sure we get some quality person-to-person contact in, we’ll do ourselves a huge favor.

Emma Iskowitz contributed to this article.

"Journalists cannot serve two masters. To the extent that they take on the task of suppressing information or biting their tongue for the sake of some political agenda, they are betraying the trust of the public and corrupting their own profession." -- Thomas Sowell

Integrations that the New Platform Must Have