There is nothing so useless as doing efficiently that which should not be done at all.”
— Peter Drucker

It is safe to believe that most people want to do the best job possible – there is something soul-fulfilling about doing a good job and completing a project right. This sentiment has echoed throughout the ages, from Herodotus to Rousseau and Marks. And while there might be a small percentage of slackers whose only wish is to slide on by, I believe that the vast majority of people want to do a good job. They strive to perform at a high level and want to work as efficiently as possible.

However, as Peter Drucker aptly points out, delivering your output efficiently is useless if what you have been asked to do does not add value, is redundant to other efforts, or simply makes no sense. Being assigned an unnecessary task can be frustrating. But it is only one of the ways you and your office can be affected by “The Curse of The Disorganized Boss”. 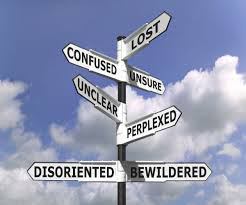 When your manager assigns you a task, it would be nice to assume that he has analyzed the needs of the organization and determined that you would be be the best person to handle it. But if she is disorganized, then this may be a false assumption since your boss probably does not stay up-to-date on what’s going on outside of her little corner of the company.  She may assign work to you that she has previously given to a co-worker.  She may even blame you for her mistake!

A study performed by Florida State University Professor Wayne A. Hochwarter found that almost 40 percent of respondents had problems with their bosses, that could very well be due a lack of organization:

As a consultant, I often work on multiple projects for different companies simultaneously. Over the years, this has enabled me to gain experience with many more people in management positions than most full-time employees would have.

What I have learned is that bad managers are usually not bad people. They simply lack the skills and training that a good manager has. 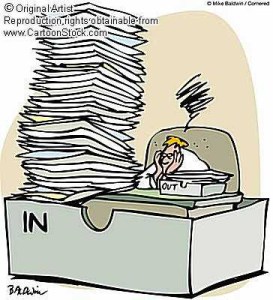 But how can you tell a bad manager from a disorganized one?

Do your emails requesting information go unanswered? Is your manager so overwhelmed with day-to-day tasks that he never has time to for a one-on-one to catch up on what you are doing? Does she give you one set of orders today and then contradict them all tomorrow?

If you answered ‘yes’ to any of the above question, you may be suffering from ‘The Curse of the Disorganized Boss’.

This curse can have a serious and potentially negative impact on your career, not to mention your health and well-being.  Working for a disorganized boss can cause you to lose sleep, develop repetitive motion disorders, spark unhealthy eating habits, and incur costly monetary losses for your company.

There are a number of methods for saving yourself from this curse. Of course, every situation and every manager is different, what works for one person may not work for the next. But I’m going to share five handy tips in this article, so hopefully one or more will be successful for you.

The process can take time and seem incredibly frustrating. And honestly, if you have a boss that shoots himself in the foot constantly, it might be better to jump ship than to try and fix the situation. But that is an extreme case and not always true. Sometimes there are simple fixes for the situation and it makes everyone’s lives a little easier.

Try some of these tips and let me know how they work out for you. Post your comments below about your office success!