The ability to learn faster than your competitors may be [your] only sustainable competitive advantage.”

If you’re working for any company bigger than the local flower shop, you’ve most likely had to sign Non-Compete Agreement before starting a project. While these types of contracts are a form of insurance for an employer/client, they can be potential cement shoes for you if you’re not careful. 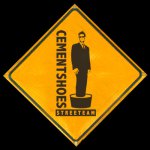 A Non-Compete Agreements can be a standalone document or combined with a Non-Disclosure or a General Consulting Services Contract. No matter how it’s packaged, you should remember the most important rule of contracts:

It’s too late to complain about a contract AFTER you’ve signed it. Lawyers get paid to write contracts that are to their client’s advantage, not yours. Make sure you read and understand everything in the contract BEFORE you sign it.

Now that we’ve gotten that out of the way, you should always remember the second most important rule of contracts:

ALWAYS TRY TO NEGOTIATE THE CONTRACT TERMS BEFORE SIGNING.

A contract is always open for negotiation. No matter how big the potential client is or how many lawyers they have on staff or how many employees/consultants have signed it verbatim before you. I’ll talk a little about counter-offers here, but I promise to write more about how to negotiate contracts terms in future posts.

Now I’ll discuss each section and tell you what to watch out for.

A standard contract may say that ANY work you do is covered. You should avoid agreeing to such generic terms since it would be very restrictive to your future endeavors. Counter-offer with only the specific types of work that you’re doing on this project.  The more specific, the better, since it will be less restrictive on your future projects.  For example, “software development in Business Objects XI v3.1 for reporting on manufacturing of ball bearings.”  This is the contractual equivalent of microsurgery since it wouldn’t have any implications for you after v3.2 came out.

A standard contract may have a timeframe as long as two years. There are very few situations where this makes sense, such as where you have access to information about future product plans or trade secrets. However, you can counter that the Non-Disclosure Agreement (which always is included) should keep this information from being transmitted or used in any way by you. Counter-offer with a six month time period, which is much more reasonable.

Who You’re Not Allowed to Work For

Agreeing to the standard language in this section could be a DISASTER for your future work prospects. This is because it is often so broadly worded that you could be violating the agreement if you took almost any job in the same industry.

CONSULTANT agrees not to solicit, work for or engage for employment with any customers of OUR COMPANY, which shall include customers for whom OUR COMPANY performed services at any time before or during the term of this agreement and potential customers in any state of bid and/or negotiations with OUR COMPANY.”

If you’re talking to a Fortune 500 company, then ‘all current and former customers’ probably covers a lot of territory. But it’s the “potential customers” part that is the most dangerous since it means you probably couldn’t work for anybody, anywhere in your industry until the agreement expires.

Never, ever sign an agreement with this kind of restriction unless you’re desperate for work or your father-in-law owns the company.